Women Spies of the Civil War

Men at the battle, women at home, and women in disguise. Women played a very important role in the Civil War that might have been one of the most important roles in the war. Even though some of the women spied for different sides, they all used one thing in common: how men underestimated them to gain information for their side. After the war, many people’s lives changed. These women’s lives could never be the same, for they had been spies.

There were many women spies in the Civil War. However, some of the more famous spies for the north are Pauline Cushman and Elizabeth Van Lew. 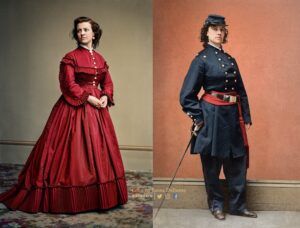 Pauline Cushman was born in New Orleans, Louisiana. She later moved to Michigan and then to New York in search of a job. In the end, she moved back to New Orleans and became an actress.  Cushman was later hired as a spy for the north. She used her acting skill and dressed up as a confederate soldier and was asked to give a speech for a confederate general. Although she was spying for the north, she was fired as an actor and spy after she gave this speech. Despite that, she kept on spying for the north until a confederate general questioned her about her loyalty. He found out and sentenced her to execution. But before her execution, Union soldiers saved her. 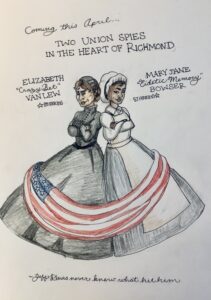 Elizabeth Van Lew, who was born in Richmond, Virginia, had a different way of spying. Elizabeth Van Lew acted crazy around confederate soldiers. The confederate soldiers thought that because she was crazy she was harmless. After her father, John Van Lew died,  she inherited a slave whom she freed and sent to school. Although the slave named “Mary Jane” was taught to read and write, she pretended she couldn’t so the generals would leave out important papers for her to read.

Women spied for the south too. Rose Greenhow and Belle Boyd are some of the most famous spies for the south. Rose Greenhow was born in Montgomery County, Maryland. She then moved to Washington, D.C. and got married. When the Civil War broke out, she described herself as a southern woman at heart and volunteered to spy for the confederate army. 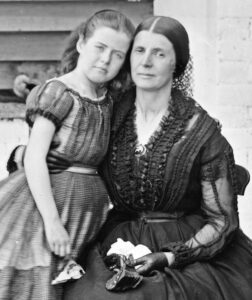 Rose Greenhow used her connections to important people in D.C. to gain information for the south. She was later caught and sent to prison with her daughter, “Little Rose”. Near the end of her life, she was on a blockade runner running from a blockader. She had two thousand five hundred dollars in gold in her clothes when she went on a rowboat to escape to safety. The rowboat capsized and she drowned.

Belle Boyd was born in Martinsburg, Virginia. After a Union soldier attacked Belle’s mother, Belle shot him and later started spying for the south. 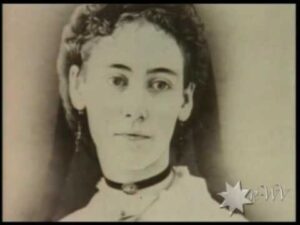 Belle Boyd used her good looks to fool Union soldiers and generals. She also listened through a knothole in her hotel room. When her letters to confederate generals were intercepted, the Union soldiers let her go because they thought she was just an innocent teenager.  She was caught many times and was exiled to Canada. Instead of going to Canada, she went to England.

All of these women spied in different ways and on both sides. But, in the end, they succeeded on most of their missions, “Elizabeth Van Lew was probably the most valuable spy of the Civil War-male or female, North or South,” says author and historian Karen Abbott. https://www.smithsonianmag.com/history/elizabeth-van-lew-an-unlikely-union-spy-158755584/  Many people don’t know about these important people in history.  A lot of people think the roles women played in the war were nurses, but in fact, they played a much more important role.

I teach students of all ages to read better and write clearly. Get in touch if your student could benefit from my help. Lesemannlearning@gmail.com.