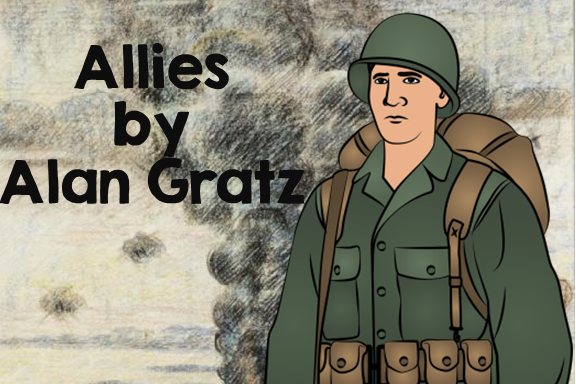 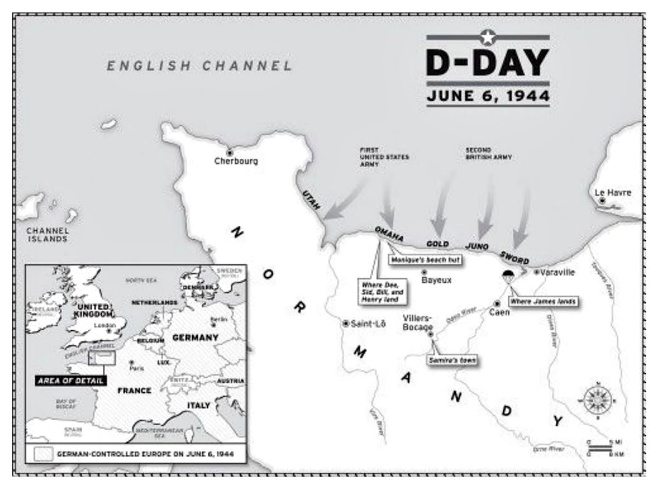 Allies is about four people who have very different experiences of D-Day, the invasion of France, near the end of World War II: Henry, a Black medic, Dee, a German U.S. soldier, James, a Canadian paratrooper, and Samira, a villager and a girl who works for the French resistance.

On Normandyis Beach, June 1944, James fell near a Nazi base and is fighting to take over the base. Samira is trying to save her mom who was captured by the Nazis while helping the French resistance. There is also Dee, a U.S. soldier trying to keep the secret that he is German from his Jewish best friend, Sid, while trying to invade Normandy,, and Henry is a black medic who is trying to save lives while ignoring some soldiers who want a white medic to save their lives instead of a black one.

All Dee could hear was gunshots and men screaming in agony and other men calling “Medic!” All he could see was blood from injured or dead men, guns, and tanks, but not his best friend, Sid. Nearby, Henry tried to block out all sounds and focused on his patient. Meanwhile, in the forest, James was trying to as quiet as possible while hiding from the Nazis. And in the village Samira was frantically working to destroy the train tracks so that Nazi tanks can’t go to the invasion.

This is a good book because it has a lot of action and gives a lot of background information of the main characters. The heroic adventures of these four young people make you never want to put the book down. Will Samira be able to save her mom while trying to stop the Nazis? Will Dee be able to keep his secret while invading Normandy? Will Henry survive D-Day when he goes onto the beach to save wounded soldiers? Will James be able to take over the Nazi base with his British friends? I highly recommend this book for fourth graders and above and for fans of historical fiction. 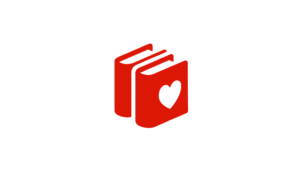